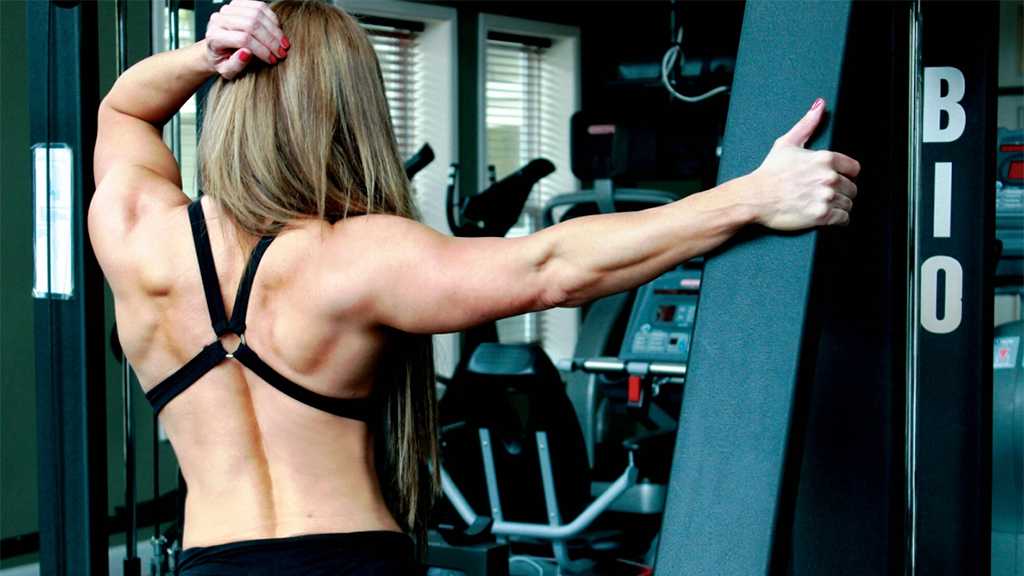 This is another article that I just going to have the wife write. She has much knowledge and experience on the subject. Wouldn’t you girls out there thinking of using steroids rather hear this information come from one of the same sex. Only makes sense, right?

To take steroids or not to take steroids? That is the question… And some of you may be surprised with what I am about to say. In my earlier article, I said that I competed in 2012 in a local figure competition. I was 34 at the time, weighed 117 and had about 10% body fat. I trained myself for the competition both with meal prep as well as the lifting and cardio routine. The competition I did was natural, meaning that all athletes competing must be clean (not taking steroids). I didn’t think anything of it at the time because no one ever talked to me about steroids. Not saying they were taboo, but to me, they were only something that men got into.

After competing, I started looking online at other female figure and bodybuilding competitors and was amazed at the vascularity of their muscles and their overall bodies. My first thought was, “shit, I trained my ass off and thought I looked pretty good but not THAT good.” How could I ever compete against one of these females when I looked nowhere near them?

I have been with my husband now for quite some time and we workout together every day. I know that he was into steroids for quite some time so I brought up the subject and asked how these women could look like that? What was I doing wrong? Nothing, he said but you are tapped out, meaning my body could only do so much naturally. Now it was time to take it to the next level, if I wanted to see better results.

I had so many questions:

My husband never pushed steroids on me. He actually said that it was completely up to me. We started looking into what I could take to make me put on quality muscle but not bulk up. That was my biggest fear. Like I said earlier, when I competed I was 117. I did put weight on after my competition and got used to being anywhere from 120-128. But any closer to 130 freaked me out. He explained to me that muscle weighs more than fat (which I was already aware of) but that if I decided to try a cycle, the scale would most likely go up. And if I didn’t like how I felt then I could stop the cycle. After thinking about it for a bit I decided to give it a try. And damn I am so glad I did. I am completely hooked. I will tell you that my body has changed drastically for the better. I know that I will never look back now. It’s balls to the wall.

My First Cycle and What it Did

I started my first cycle in the summer of 2018. We decided to go with Winstrol injections which made me nervous because he was actually going to use a needle and inject this oil-based steroid in my buttocks. I know I decided to give it a try, but shit was I really ready to be injected. No pain, no gain right? So here goes. I’m not going to lie, the shots hurt like a bitch. And I’m not usually one to complain about pain. He explained to me that all injectables don’t hurt like this but that it is common for Winstrol to be painful. Well, painful was an understatement. I could barely sit on my ass for the next day or two. But did that mean I was ready to give up? Hell no, because how could I see if I would get any results if I quit this early? I took it for a while but decided that I wanted to try something else. Keep in mind I can’t mention any side effects from this because I didn’t take it long enough.

The Present Cycle and How Well it Works

My main goal is to put on quality muscle but lean out at the same time. I like the hard, vascular look and really want to see a change in my body. Right now I am on Riplex225 which has 75mg of Testosterone Propionate, 75mg of Masteron and 75mg of Trenbolone Acetate in it. This is also an injectable but is pain free for me. It works very well. I am stacking that with Clenbuterol 40mcg. I am taking the Clen two weeks on, two weeks off. I take 4 40mcg Clen each day. I take two shots of the Riplex per week (1cc per injection).

I gained a bunch of quality muscle, I am super vascular and got way more defined. I also feel like my muscle endurance has gone through the roof. The clen works as a fat burner and speeds up my metabolism, giving me a jolt of energy, especially when I do cardio on an empty stomach.

Side Effects on Clen

Steroids are not for everyone. I was very nervous at first but don’t regret ever starting my first cycle because of the amazing results. If you are thinking about taking steroids, make sure that your diet is on point because there is so such thing as a “magic pill.” If you aren’t willing to put the work in at the gym, then steroids are not for you. We will be posting some pictures to show exactly what these steroids can do.